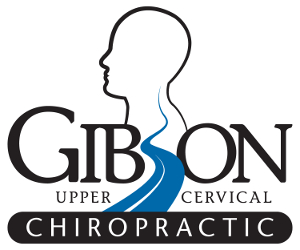 The medical terms for a straight neck are kyphosis, lack of cervical curve, or military neck. In extreme cases one or more vertebra can tilt backward, creating a reverse neck curve. A straight neck is not a good thing and can have a number of consequences for human health.

Let’s focus on one reason a straight neck is bad—it ruins neck joints.

Why is the neck curved anyway?

In a normal healthy state, the human neck has a forward curve, which develops early-on in life. The spine of a baby is shaped like a letter “C.” As the baby begins to hold up his or her head, the weight of the head stimulates the development of neck muscles which put a curve into the neck.

Curves are an important part of the anatomy of the spine. They help support the weight of your body. They also cushion the spine and protect the delicate nervous system inside of the spinal column.

As the neck looses its curve, it can affect how you feel. A straight neck or a reversed cervical curve is often found on patients who have:

Why do straight necks inflame neck joints?
When you examine the shape of the neck from the side, the reason why a straight neck stresses joints becomes clear.

The major anatomy of most of the joints of the neck include the vertebrae, the disc between the vertebra, and the “shingle” shaped joints which line up at the back of the neck, called facet joints.

As the neck begins to straighten, and the curve becomes smaller, the weight of the head shifts from the facet joints at the back, to the cervical disc. This causes two problems

The result is more break-down in the joints of the neck, causing more joint inflammation, or arthritis.

What options do you have for addressing the cause of your curve breakdown?

Unfortunately, there are very few health care practitioners who will take this break-down of your cervical curve serious. Most will only note the damage and tell you there is nothing you can do about it. Your upper cervical chiropractor, however, understands the prime role the health of your neck has for the rest of your spine, and your body. In many cases, natural improvements in the shape of your neck are possible with a gentle course of upper cervical chiropractic care, to help your body carry the weight of your head more efficiently.

To learn more about how Dubois Upper Cervical Chiropractor Dr. Andy Gibson can help you address the arthritis and joint break-down in your neck, please contact our office.